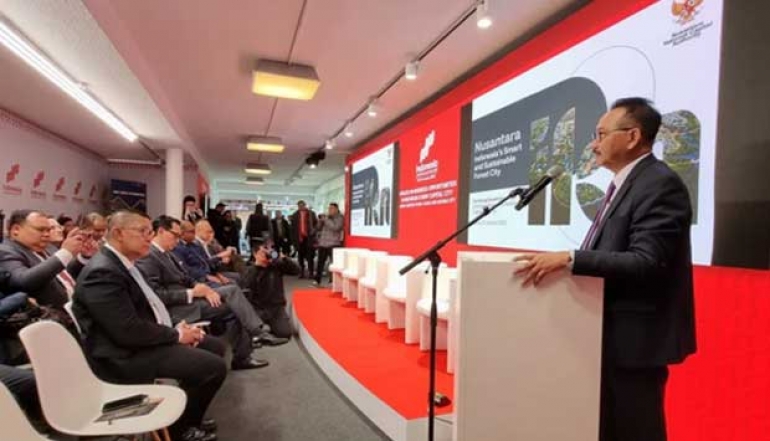 Head of Authority Ibu Kota Negara (IKN) for Nusantara, Bambang Susantono, said that up to now, more than 70 private companies have expressed interest in investing in IKN Nusantara.
"More than 70 private companies have sent letters of intent to the IKN Authority and expressed interest in investing in IKN. This includes 11 statements from Malaysian companies that were recently delivered to us before Indonesian President Joko Widodo and Malaysian Prime Minister Anwar Ibrahim," said Bambang, quoted from an official statement, Monday (23/1/2023).

According to Bambang, there are a number of sectors that have good investment opportunities in IKN Nusantara. These include transportation, education, new and renewable energy, sustainable agriculture industry, smart city technology, and so on.
"Seeing this development, I am sure that IKN Nusantara will continue to attract many investors, both domestic and foreign," he said optimistically.
In addition, the Executive Director of the Segara Research Institute, Piter Abdullah said investors should be willing to invest in IKN because of the potential of IKN to become a new economic center in Indonesia.
“Investors can definitely see the future of this IKN. Like the investors who invested in the surrounding BSD several decades ago, now they are enjoying the return on their investment," said Piter.
According to Piter, the government must be able to show investors that there is certainty in investing in IKN Nusantara. He predicts that investor confidence will increase if infrastructure development starts to appear.
"If the Government Institution buildings are physically finished, I'm sure investors will come to IKN," he said.

Bambang then emphasized that the government understands the importance of legal certainty for investors. According to him, currently IKN already has a strong legal umbrella, so that the development plan will certainly continue.
Regarding ongoing infrastructure development, it was stated that several infrastructures that had been 100% completed were the Sepaku 1, 2 and 3 ring roads.
In addition, construction of buildings in the Central Government Core Area has also begun, including the Presidential Palace, Presidential Office, and Presidential Secretariat.
Then, there are three private investors who have received letters to proceed to start building 184 residential towers for ASN.