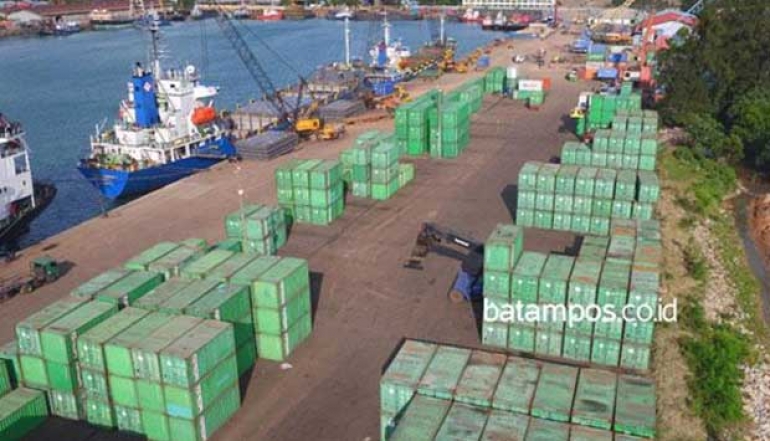 Batam's export value based on the Central Statistics Agency (BPS) report in March 2022 reached USD 1,196.71 million. This achievement, recorded an increase of 31.59 percent compared to the same period last year which was only USD 807.12 million. On a monthly basis (month to month), Batam's exports also grew 7.65 percent compared to February 2022. This was due to an increase in the oil and gas sector by 12.24 percent and the non-oil and gas sector by 7.23 percent. So that the total cumulative export from January to March 2022 is USD 3,362.12 million. When compared to the total cumulative exports from January to March 2021, there was an increase of USD 807.12 million (31.59 percent). This achievement was appreciated by the Chairman of the Indonesian Employers' Association (Apindo) Batam City, Rafki Rasyid. He said, as previously expected, that 2022 is the year of the Riau Islands' economic revival after two years of depression due to the Covid-19 pandemic. This is evidenced by the economy of Batam City which can grow 2.83 percent compared to the first Quarter of 2021 year on year. The sector that has the most contribution for the first quarter of 2022 is still the manufacturing sector.

"From the expenditure side, it turns out that the Riau Islands' net exports are still positive with a growth of 2.10 percent," said Rafki. This, continued Rafki, is certainly quite encouraging for all parties, because the signs of an economic revival are increasingly visible. He hopes that this trend of economic growth will continue until the end of 2022. However, Rafki still noted that when compared to the fourth quarter of 2021, the Riau Islands' economic growth contracted, namely minus 3.41 percent. This contraction, he said, was still at a reasonable level. Because at the beginning of the year, usually the private sector will only realize their investment and the government has not yet started the projects. Usually in the second or third quarter, economic growth will rise even higher when all sectors have started to move optimally. “Including the government, which has started to realize its spending in the middle of the year. I estimate the Riau Islands economy will be even higher in the second quarter later," he said. Then, when compared to the national economic growth year on year, the Riau Islands' economic growth is getting farther and farther away from national economic growth.