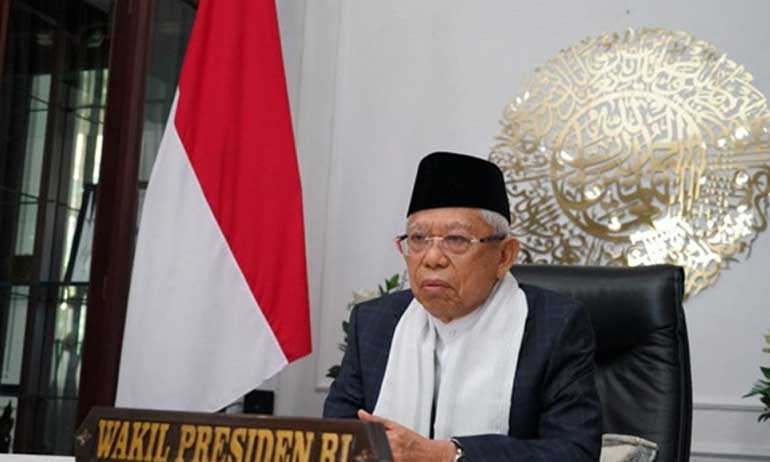 Turkish Vice President Fuat Oktay and Indonesian Vice President Ma'ruf Amin will open the Global Tourism Forum-Leaders Summit Asia activities. The activity at the Raffles Hotel, Jakarta, will take place on September 15-16. "This hybrid activity offline was only attended by 70 people with high standards of health procedures, while online participants and tourism organizations from various parts of the world attended," said Chairman of the Indonesia Tourism Forum (ITF) Sapta Nirwandar in a written statement, Monday, September 13 evening. According to Sapta, the ITF, which is affiliated with the World Tourism Forum Institute (WTFI), will begin with a dialogue session between the ITF and WTFI. Because of that, the President of WTFI, Bulut Bagci, was present in Jakarta along with several other international speakers. All activities organized by WTFI are entitled Global Tourism Forum (GTF).

The Global Tourism Forum is an initiative of the London-based World Tourism Forum Institute. Starting in 2020, the World Tourism Forum Institute event in various countries is known as the Global Tourism Forum. "On the first day, the honorary speakers were the former Secretary General of UNWTO, the 2009-2017 World Tourism Board, Dr Taleb Rifai and on the second day 16 September, Tony Blair, the former British Prime Minister from 1997-2007 was also the keynote speaker," said Sapta Nirwandar. GTF is an international collaboration platform focused on addressing challenges for the travel industry. Combining the joint efforts of government agencies, industry stakeholders, and academia.

In the second session, continued Sapta, there were Emma Wong, PhD, GAICD, academics from Torrens University Australia, Aeron McGrath, Regional Manager of Six Senses Hotel Resort Saudi Arabia and Michael Scully, Managing Director of First & Foremost Hotels & Resort with Travel Connection UK . For Sapta, what he is very proud of as chairman of the Indonesia Halal Lifestyle Center (IHLC) is that there is a session on the second day, September 16, which discusses the global development of Halal Tourism. The speakers were Reem El Shafaki from DinarStandar, Dubai, Dr Hamid Slimi, Chairman of Halal Expo, Canada and James Noh, Director General of Korea Institute of Halal Industry (KIHI) South Korea. "So the prestigious global event of the Global Tourism Forum is a forum for mutual learning between member countries in the world. If in Indonesia people are still reluctant to talk openly about Halal Tourism or Halal Muslim Friendly, now non-Muslim countries such as Korea, Thailand, Japan have taken tremendous benefits. normal," said Sapta.

Another important session on the second day was discussing the Transformation of Tourism Industry Under The Women Leadership. As is known, the world tourism organization is also led by women. World Travel & Tourism Council (WTTC) CEO Gloria Guevara was replaced by another tough woman Julia Simpson as President & CEO. Meanwhile, the CEO of the World Tourism Forum Institute (WTFI) is Sumaira Issacs who in this session will also be the moderator. Indonesia hosted the first Global Tourism Forum (GTF) in Asia and also the first in terms of a special session on global halal tourism so that all people must be proactive in being good hosts. "Don't be euphoric, but show that this nation is able to overcome COVID-19 with high progress, is able to become a world halal food producing country, is able to revive the Meeting Incentive, Conference & Exhibition (MICE) business and its slumping tourism," said Sapta.