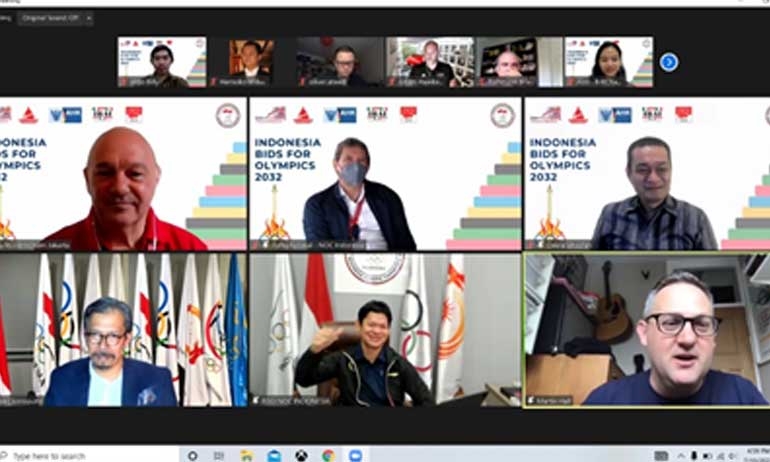 On July 15th 2021, IBAI in collaboration with British Chamber, DanCham, EKONID, and ICCC held a special webinar series with the National Olympic Committee of Indonesia on the national bids for Olympics 2032. The discussion was involved the Indonesian Olympic Committee team (Komite Olimpiade Indonesia - KOI) that has been crafting the RI bid and is about to embark on a charm offensive in Tokyo. As the bid for the Games today is evolving toward looking for economic impact and creation of legacy, Indonesia is Southeast Asia's best showcase how the games can be impactful.

KOI has informally asked for support for its bid from the foreign Chambers of Commerce and private sector business groups. We as the foreign chambers examined the assertion that foreign business can benefit if success will impact on issues such as the environmental record, international profile and accelerated infrastructure development.

We would also like to thank all the attendees who have actively participated in the webinar. 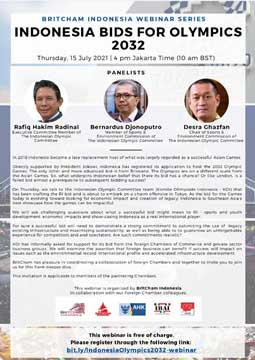