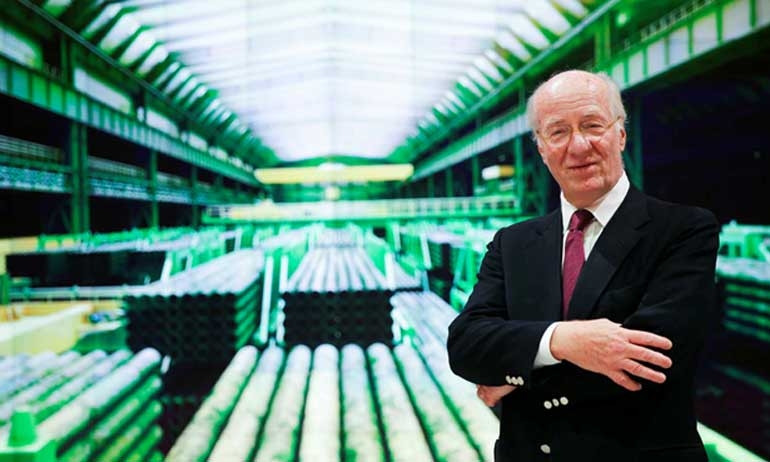 The Harvard Business Review (HBR) has released its 2018 global ranking of the world’s top 100 best-performing CEOs with Paolo Rocca coming in at #23.

This is the sixth consecutive year that Rocca appears on the annual listing.  The Tenaris leader is among the only six CEOs to have made the ranking every year since 2013, which includes: Jeffrey Bezos, of Amazon; Pablo Isla, of Inditex; Blake Nordstrom, of Nordstrom; James Taiclet Jr., of American Tower; and Renato Alves Vale, of CCR

“In a business environment that often seems obsessed with today’s stock price and this quarter’s numbers, our ranking takes the long view,” reads the Harvard Business Review article on the ranking, to be published in its November-December issue.

Though the data-driven methodology is based primarily on financial returns over the entire tenure of each CEO, it also incorporates ratings based on corporate environmental, social and governance (ESG) issues.
Leading the list for a second year is Pablo Isla, head of Inditex, a Spanish fashion retailer, followed by Jensen Huang of Nvidia and Bernard Arnault of LVMH.  The ranking is comprised of the world’s top performing CEOs leading various industries such as retail, real estate, IT, industrial, manufacturing, energy, and technology and beyond. Rocca is among the few representing the energy sector.

The HBR article states that one of the tests of any leader is how he or she adapts to a shifting environment, referencing today’s global political environment. “For business leaders, especially in manufacturing, this has brought the threat (and sometimes the reality) of tariffs and trade wars, along with industry-specific opportunities and challenges,” notes the article.