Piaggio MP3 2022 Ready to Release, Here's What It Looks Like 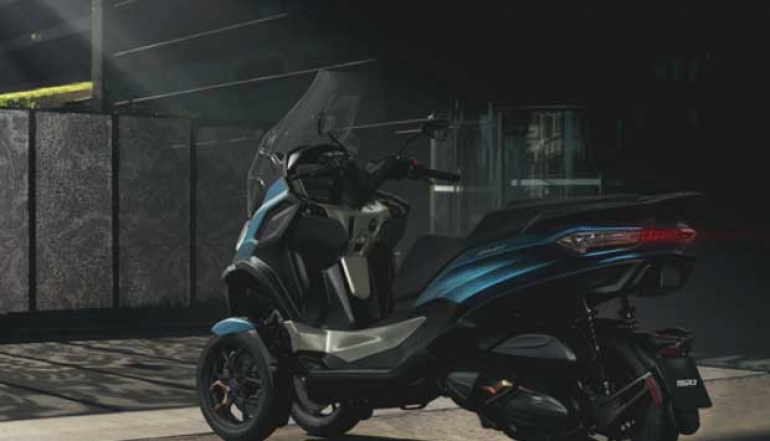 One of the products from Piaggio that can be said to have many fans is the Piaggio MP3. The MP3 is a three-wheel scooter with a configuration of two wheels in front and one wheel in the rear. Reportedly, Piaggio will soon launch the latest version of MP3 in the near future.

As a new motorcycle that will compete, the Piaggio MP3 should have been equipped with various advantages. Starting from the standpoint of more features, a more powerful engine, and a lighter weight. But unfortunately, for some of these details, we have to wait until this motorcycle is officially launched, which is allegedly in June 2022.
It is rumored that the Piaggio MP3 2022 will get a new, more powerful engine. Quoted from Rideapart, this new engine has a capacity of 530 cc single cylinder. The increase is quite high when compared to the old version of the MP3, which uses a 493 cc engine. Piaggio also promises a smoother engine character and minimal vibration, as well as a much more powerful engine output than the previous version. With these changes, the new Piaggio MP3 will comply with Euro5 regulations.

Improvements to the engine and chassis make this new Piaggio MP3 a few kilograms lighter. Complementing these changes, Piaggio should also release modern features on the 2022 MP3. It is possible that the new MP3 will have an electronically adjustable windshield, which can be adjusted by the driver at any time. Not only that, the new MP3 is also expected to come with a new instrument panel, which may use a TFT screen that can be connected to a smartphone. But to be more certain, we'll just have to wait until this bike is released, OK!