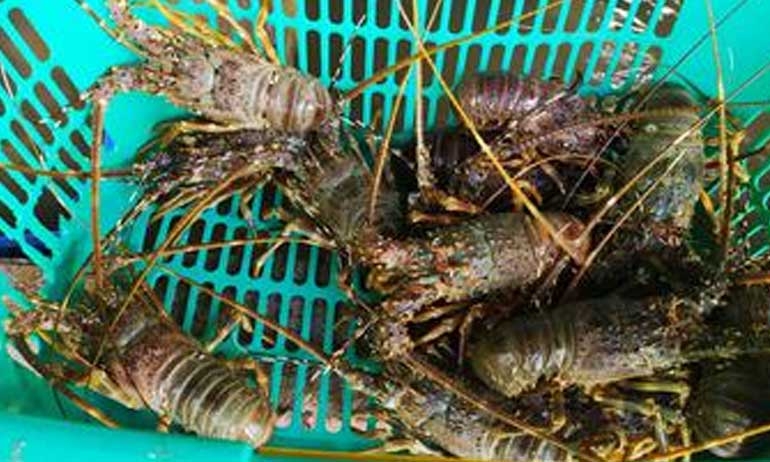 The Ministry of Marine Affairs and Fisheries (KKP) affirms its commitment to developing aquaculture supported by scientific studies and careful business planning. This step is at the same time to improve the people's economy and increase state income."As we know, aquaculture has received the attention of President Joko Widodo, and the KKP has the mandate to optimize aquaculture production in proportion to its potential," said KKP Minister, Sakti Wahyu Trenggono, in his statement on Tuesday (2/3/2021) .

Trengggono explained that there are two breakthroughs related to aquaculture. First, the Ministry of Maritime Affairs and Fisheries focuses on export products of Indonesia's superior commodities that have high economic value, namely shrimp, lobster and seaweed. Shrimp commodity was chosen to be a priority based on export data 2020, namely the number of Indonesian shrimp exports reached 239,227 tons with a value of USD 2.04 billion.

To increase shrimp production and export, KKP will facilitate the development of a shrimp estate, namely an intensive-scale cultivation system, with a production target of around 40 tons per hectare per year. Another commodity is lobster with total exports in 2020 reaching 2,022 tons with a value of USD 75.25 million. Lobster is developed through a cultivation corporation which is expected to have an impact on the community. One of the strategies implemented is to create a lobster cultivation area model. Next is seaweed. Indonesia is the second largest seaweed producer after China, with total exports in 2020 amounting to 195,574 tons and a value reaching USD 279.58 million.

The KKP strives for guidance and socialization to the community by promoting the use of tissue culture seeds, developing nurseries, distributing seaweed drying, and providing seaweed warehouses that apply the Warehouse Receipt System. Meanwhile, from the downstream aspect, a seaweed processing factory will be built, so as to encourage the export of seaweed derivative products. The second breakthrough is the development of a cultivation village with the concept of Corporate Farming. This cultivation fishery village synergizes various potentials to encourage the development of aquaculture systems and businesses, which are driven by the community and facilitated by the government.

Some that have been developed are catfish biofloc village, tilapia biofloc village, grouper village, white snapper village, lobster village, seaweed village, catfish village, lobster village and ornamental fish village. "Aquaculture is the answer to developing the Indonesian fisheries sector which has a development aspect consisting of technology which is the motor, environment, socio-economy and market which is the consideration for superior commodities. Where the involvement of aquaculture stakeholders plays an important role in achieving the welfare of cultivated business actors," said Trenggono.