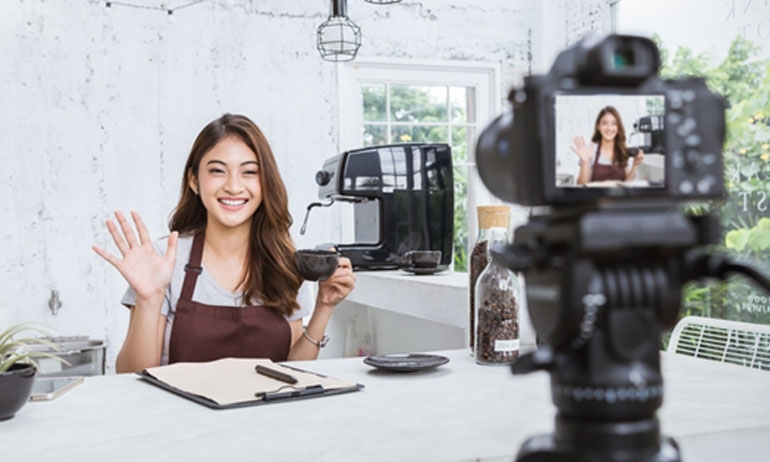 Small businesses in Indonesia are increasingly counting on digital influencers to market goods and services to the country’s large social media audiences. These influencers tend to have major followings and the power to affect the purchasing decisions of others because of their popularity, reputation or expertise. Devina Sarita, a distributor for a small beverage company called Healthy Cendol 18, has been using endorsements from influencers as her go-to marketing strategy since she started her business a month before the pandemic hit. She generally asks influencers to try her product and post reviews using the Instagram Story feature. “I also used Instagram ads briefly before focusing on marketing my product through influencers and celebrities. I think in terms of views, using influencers is the most effective,” she told The Jakarta Post on Thursday.

At the beginning of the pandemic, Devina said, many influencers offered to promote small and medium enterprise (SME) products for free. But since November she had been paying for influencer marketing services, which ranged from Rp 3 million (US$212) to Rp 15 million. Indonesian small businesses, which account for more than 60 percent of gross domestic product (GDP) and employ a majority of the labor force, have been hit hard by the COVID-19 outbreak, as the economy shrank by 2.07 percent in 2020. Indonesia’s 196 million internet users mostly use the internet for social media, education and online shopping, according to the latest annual survey by the Indonesian Internet Providers Association (APJII). A 2020 survey by tech giant Facebook and global consultancy firm Bain & Co. found that 68 percent of respondents in Southeast Asia discovered new products largely online. Consumers noted that social media, short videos and messaging services were the most common means of discovering new brands and products. More than half of online purchases start with a phenomenon known as “discovery commerce”, where idle browsers happen upon and decide to purchase goods.
Indonesian Micro, Small and Medium Enterprise Association (Akumindo) chairman Ikhsan Ingratubun said SMEs were using more influencer marketing because they were aware of the importance of having a social media presence. “Influencers are stars, and SMEs can leverage that opportunity to gain more buyers and eventually increase their sales. It is one of the best marketing strategies,” he told the Post in a phone interview on Thursday. He went on to say that influencer marketing would offer SMEs the benefits of television marketing at a fraction of the cost. “So far influencers have been helpful in promoting SME products. Going forward, I am sure this trend will continue and become better,” he added. Global influencer marketing spending was expected to hit $10 billion in 2020, up from $500 million in 2015, according to a study by influencer marketing agency Mediakix. Catering to this trend, certain online

Catering to this trend, certain online platforms now connect brands with influencers and provide influencers’ engagement analytics. Indonesian service app firm Gojek has recently partnered with a platform called Allstar.id, enabling Gojek’s SME merchants, especially on GoFood, to use influencers for marketing. Gojek’s partners access the feature through GoBiz. “We hope that with this collaboration, SMEs can reach more consumers and become more competitive in today's digital economy,” Gojek commercial solutions and operations vice president Vincent Bachtiar said on Monday. Gojek previously partnered with a similar platform called Narrators, which launched an app called Tokotown Pro as part of the partnership. The application connects merchants with content creators so they can collaborate to reach targeted buyers.

Meanwhile, loyalty service and marketing firm Member.id recently received $1.1 million in series A funding led by East Ventures, as well as an investment from travel booking firm Traveloka. The company is planning to scale up its content creation division, TS Media. Member.id cofounder and CEO Marianne Rumantir said TS Media would allow SMEs, brands and larger companies to tap into Indonesia’s booming creator economy, providing talent from a mix of celebrities, influencers and public figures in different communities and professions. “We are expanding and creating new programs with new talent to cater to different audiences. This opens up more opportunities for new brands across different industries to work with us,” she told the Post on Thursday. Despite the tremendous potential, a 2019 study by cybersecurity company CHEQ noted that building trust was still a key challenge for the industry. Fraud in influencer campaigns was expected to be $1.5 billion in 2020, including cases of fake followers. “With consumers continuing to mistrust companies and executives, the role of influencers assumes a significant role in bringing a rare authenticity to online marketing. Nevertheless, the problem of fraud must be tackled to ensure that this nascent channel is not severely undermined,” the study noted. Yosanova, chief operating officer at MarkPlus Institute, the training and education division of consulting firm MarkPlus, said brands should remain careful in choosing the digital influencers to partner with to ensure they match the brands’ identity. “Don’t just ride the wave and work with famous influencers. We actually suggest that brands work with influencers with a smaller following so they can grow together,” she told the Post on Friday.