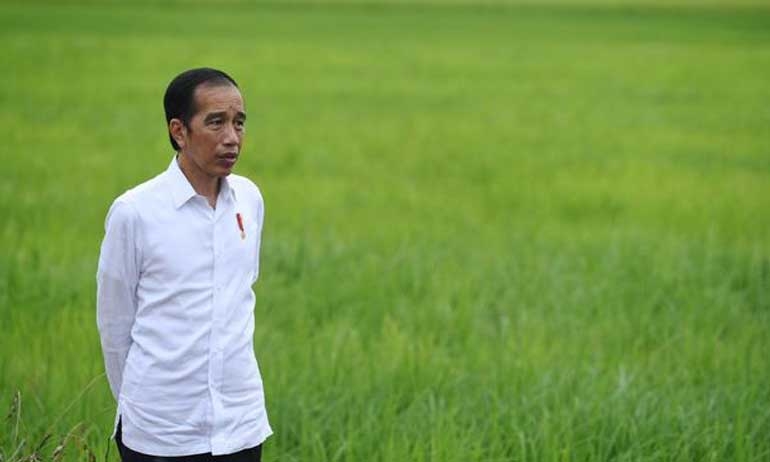 President Joko Widodo today visited the food estate in Humbang Hasundutan Regency, North Sumatra. The area is planned to be planted with horticultural commodities such as shallots, garlic and potatoes. The food estate is a continuation of a similar program developed in Central Kalimantan. Jokowi said the yields of these commodities could be seen in the near future. "We will see the results in approximately 2 months to 2.5 months," said Jokowi in North Sumatra, Tuesday (27/10) in a virtual broadcast of the Presidential Secretariat.

After Central Kalimantan and North Sumatra, the food barn concept will become a pilot for other provinces. The Central Kalimantan food estate was built for rice and cassava commodities. Meanwhile, Humbang Hasundutan is planted with horticultural commodities. The area of land to be planted reaches 30 thousand hectares. Meanwhile, the food estate will also intersect with other districts, namely, Tapanuli Utara, Tapanuli Tengah, and Pakpak Barat. The former mayor of Solo is also preparing a food-based business model and process that will be built in the region. "The calculations are there," said Jokowi.

Also accompanying were Minister of Agriculture Syahrul Yasin Limpo, Coordinating Minister for Maritime Affairs and Investment Luhut Binsar Panjaitan, and Minister of Environment and Forestry Siti Nurbaya. Previously, Syahrul said that the development of the horticultural food estate area was one of the super priority programs of the Ministry of Agriculture (Kementan) this year. "Humbang and several surrounding areas are part of a special super priority agricultural program," he said. Syahrul also encouraged the development of agricultural corporations in food estate development locations from upstream to downstream. This project will require approximately 30,000 hectares of land to be managed for the next three years. This year, work will begin on an integrated cluster covering an area of 1,000 hectares as a national pilot. Meanwhile, Regent Humbang Hasundutan Dosmar Banjarnahor said that the development of the food estate area is a great opportunity for the community, especially farmers, to improve the local economy. "For us this is indeed a tremendous opportunity," he said. He added that the food estate development in the Humbang Hasundutan land has several advantages over other areas. Some of its advantages include the availability of very wide land, high rainfall, and a climate suitable for horticultural cultivation. In addition, this area is also potential for the development of agro-ecotourism and environmental conservation efforts.