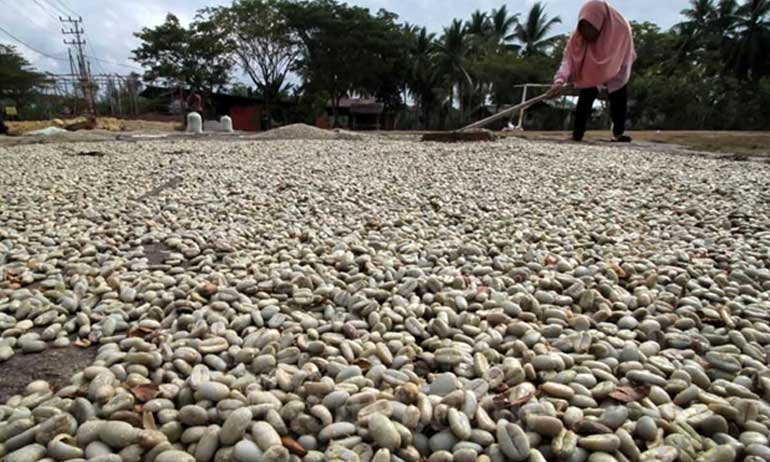 The Association of Indonesian Coffee Exporters (Gaeki) for East Java said that the trend of East Java coffee exports in the third quarter of this year could reach 24,715 tons or US $ 36.2 million, an increase compared to conditions in the previous quarter. Secretary of East Java Gaeki, Ichwan Nursidik, said the increase in exports was in line with the pandemic conditions that were most affected in the second quarter of 2020 or when many countries implemented lockdowns. "And indeed the export volume in the first quarter of 2020 is still in order to fulfill the old contracts, so it is quite high," he said, Monday (26/10/2020).

Meanwhile, in the third quarter, he continued, it was a new contract in line with the demand for coffee from abroad which had previously also been decreasing. Ichwan predicts that in the fourth quarter of this year there will still be an increase in exports in line with the number of cafes / restaurants opening up their business again. Based on data from Gaeki Jatim, East Java coffee exports in the first quarter of 2020 reached 15,192 tons or US $ 33.5 million, that number was up 6 percent compared to the same quarter of 2019 which was able to reach 14,373 tons.

Separately, the Chairman of the Indonesian Cafe and Restaurant Entrepreneurs Association (Apkrindo) East Java, Tjahjono Haryono, said that the current condition of coffee cafes and restaurants in East Java has continued to show improvement, even a number of entrepreneurs have dared to expand into several shopping centers. "The movement of food and beverage in malls has now reached 60 percent of turnover, while the standing alone model has increased to 70 percent. This indicates that from an economic point of view, it shows positive conditions that have started since PSBB ceased to exist, "he added.