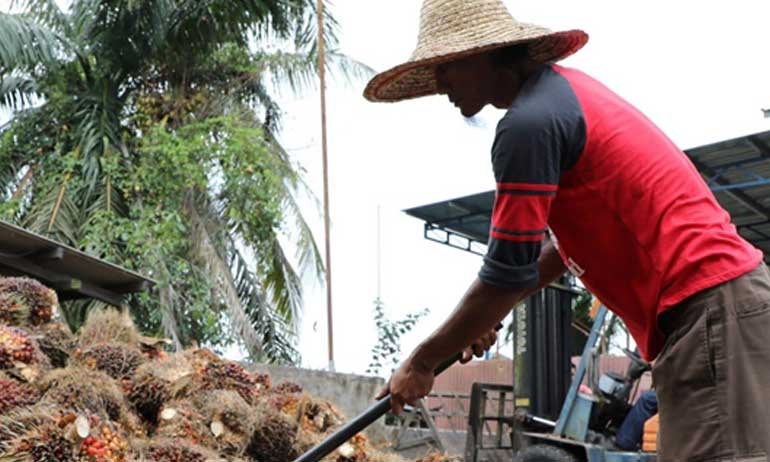 Indonesia, the world's largest producer of palm oil, has seen an increase in exports amid a decline in production. The Indonesian Palm Oil Association noted that exports in July increased 13 percent from the previous month. "From January to July, palm oil exports to India increased 22 percent compared to the same period last year to 3.249 million tonnes," said the association as reported by Nikkei Asia, Monday, October 26, 2020.

However, according to the Chairman of the Indonesian Palm Oil Entrepreneurs Association, Joko Supriyono, palm oil production fell 9 percent to 23.5 million tons. The decline in production is the result of the decline in oil prices in 2018 and the long drought last year. The pandemic has an impact on Indonesia's palm oil exports, which fell 11 percent in the first half of 2020 to 15.5 million tonnes. However, the price increase caused exports to increase 6 percent to US $ 10.1 billion.

Joko said oleochemicals - chemicals derived from animal and vegetable fats such as palm oil and which are widely used in household and personal care products - outperformed other palm oil products. This product recorded an increase in export volume by 24 percent to 1.8 million tonnes. "This may be related to a pandemic - an increasing demand for disinfectants, hand sanitizers and other cleaning (products)," said Joko. Meanwhile, industry players consider that the prospect of palm oil exports in the remainder of this year is quite good. "Europe and other subtropical countries are struggling because of the Covid-19 problem, (and) production will certainly fall relatively low. So, it's no wonder we see palm oil prices continue to rise," said Sahat Sinaga, Executive Director of the Indonesian Vegetable Oil Industry Association.

Although demand is recovering, another factor affecting prices is the difficulty suppliers face in finding enough labor to continue harvesting oil palm. The workforce is often foreign workers from neighboring countries such as the Philippines. However, restrictions on entry to palm oil producing countries hamper their movement. The increase in palm oil prices is also due to recovering demand from China and India as well as labor shortages in producing countries due to the pandemic. The index price on the Bursa Malaysia Derivatives Exchange was at 3,064 ringgit (US $ 737) per tonne in mid-October, up 38 percent from a year ago. Palm oil is one of the most commonly used oils in the world, with its main uses in food but also for cosmetics and biofuels. Indonesia and Malaysia account for 90 percent of global supplies.