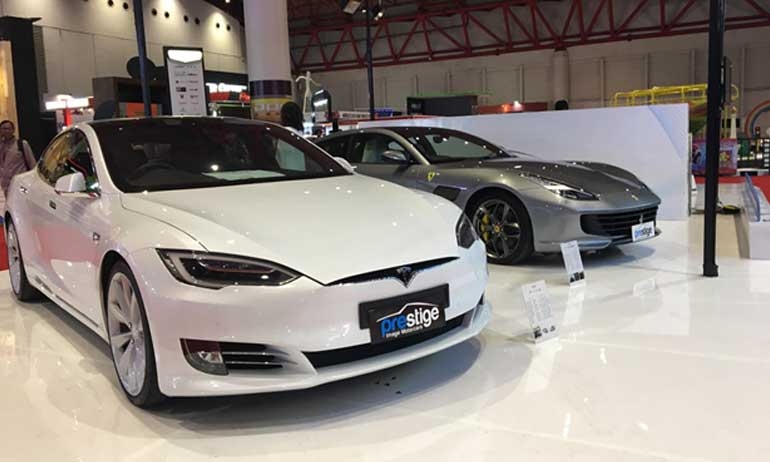 Industry Minister Agus Gumiwang Kartasasmita has urged Finance Minister Sri Mulyani Indrawati to temporarily exempt vehicle tax (PKB) for new cars until December in a bid to boost car sales amid COVID-19 pressures. According to Government Regulation No. 73/2019, new passenger car purchases are subject to a luxury tax (PPnBM) of between 15 and 70 percent, depending on the vehicle’s maximum passenger capacity and engine cylinder. “If consumer purchasing power can be boosted by the tax relaxation, then we will apply it. Hopefully, it can help the automotive manufacturing industry’s growth,” Agus said in a press release on Monday.

The pandemic has affected car sales this year as consumer purchasing power dwindles and large scale social restrictions (PSBB) force showrooms to close temporarily. While there were signs of a sales rebound in July with around 25,200 cars sold, which is more than double the June sales of 12,600, the figure is still far lower than the 89,200 cars sold in July 2019, according to Association of Indonesian Automotive Manufacturers (Gaikindo) data. From the total July 2020 sales, passenger cars make up more than half at 15,200 units. Between January and July this year, the country’s car sales were down by 50 percent year-on-year (yoy) to around 286,200 from 571,300 on the same period last year, Gaikindo data shows.

Gaikindo projected earlier that this year’s car wholesales would only reach 600,000 units, a 42 percent plunge from last year. Agus said there was potential for positive developments in the automotive industry’s performance in the second half of the year. “That’s why we hope the tax waive can soon be applied to boost the nation’s automotive industry and economic recovery,” he said.

Carmarker PT Toyota Motor Manufacturing Indonesia’s external relation director, Bob Azam, welcomed the minister’s initiative, saying the tax deduction would help increase car sales. “We hope there can be a tax deduction to stimulate spending without hurting the central government’s revenue. Maybe we could make the deduction from the local administration's tax revenue,” he said in a statement.