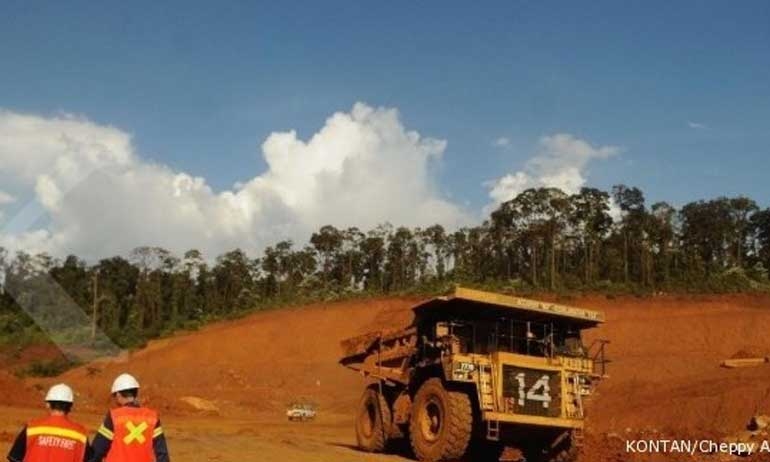 Indonesia started 2020 with two important policies in the mining sector: the ban on nickel ore exports and the requirement that coal companies export coal using local ships.
As the country is a top exporter of both commodities, the policies will have a significant impact on the global market.

Nevertheless, the Energy Ministry’s coal and mineral director Gen. Bambang Gatot Ariyono said his office would remain steadfast in enforcing regulations by “tightening industry monitoring through digital integration”.
Bambang’s office has launched several digital systems over the last quarter to tighten its oversight on the mining industry. The systems include the Sales Verification Module (MVP) and the Mineral and Coal Online Monitoring System (MOMS).

The nickel ore export ban is part of the government’s program to boost downstream mining industry. It requires miners to process ore at local smelters before shipping it overseas.
The stability of the global nickel ore supply rests upon the Philippines and New Caledonia, the world’s second- and third-largest nickel exporters respectively.

“However, production from the Philippines will depend on how the different levels of the Philippine government manage the situation based on its own environmental policies,” said Vivek Lath, a partner at business consultancy McKinsey & Company.

A case in point, the Bangsamoro Autonomous Region in Muslim Mindanao (BARMM) administration in the Southern Philippines has indefinitely suspended nickel extraction since September. The suspension potentially threatens between 100 kilotons and 150 kilotons of nickel supply.

“In the long term, the increase in prices and the growth of nickel demand for electric vehicle batteries will continue to incentivize miners in Indonesia to develop [nickel smelters]. In the rest of the world, miners are already accelerating the reopening and development of their assets,” added Lath.

Indonesia expects eight new nickel smelters, currently under construction, to begin operation this year. This would bring the country’s smelter total to 25. Among the smelters expected to be operational this year are those owned by state-owned diversified miner Aneka Tambang (Antam).

“In 2020, we will focus on downstreaming our business. That will be Antam’s ambition, going forward, given the challenging conditions,” said Antam commerce director Aprilandi Hidayat Setia, echoing the sentiments of several major nickel miners in Indonesia.

Meanwhile, the Trade Ministry regulation is expected to spur usage of domestic shipping services as the importation of such services significantly contributes to Indonesia’s trade deficit. However, coal miners have questioned domestic shipping companies’ preparedness to accommodate production. Miners have also criticized the lack of detail over the regulation’s implementation.

“Our concern is that, if this issue isn’t solved, buyers might just switch producers to other countries. Not just Australia [a major coal producer] but also Russia,” said Indonesian Coal Miners Association (APBI) executive director Hendra Sinadia, adding that the three countries were fierce competitors for the Japanese market.

Such regulatory uncertainty, he continued, could disincentivize foreign buyers, many of whom were demanding clarity by early this year.
The Energy Ministry also extended for this year a domestic market obligation (DMO) policy for coal under Ministerial Decree No. 261/2019. The policy requires coal miners to sell a quarter of annual production domestically at $70 million per ton – terms unchanged from last year.

“This damaged coal prices. It’s a problematic regulation. Production went up because stakeholders were scared over uncertainty,” said APBI chairman Pandu Sjahrir.
He was referring to the fact that coal production last year exceeded the annual target by 124.7 percent, or 610 million tons. The development prompted the Energy Ministry to set a higher production target this year at 550 million tons.

In fulfilling its ambitions, Indonesia expects to raise $7.8 billion in mining industry investments this year. The value is higher than last year’s expectation of $6.2 billion, of which 95.2 percent was achieved.
Domestic coal consumption also rose last year on the back of the 10 newly-operational coal-fired power plants. Ministry official Bambang said, “Hopefully, the DMO will rise following accelerated efforts to build power plants this year.”

On the legislative side, the newly elected House of Representatives Commission VII overseeing energy aims to issue a revised 2009 Coal and Mineral Mining Law this year. Legislators will add the law, along with two other bills, to the 2020 national priority legislation program (prolegnas) and establish working committees to direct further deliberation on the laws.

“Insya Allah [God willing], we will finish the three draft laws [in 2020], even though we typically only finish two laws a year,” said Commission head Sugeng Suparwoto.
Revisions to the Mining Law will primarily address issues related to domestic processing requirements, foreign ownership and the legal status of contracts of work (PKP2B) for coal miners, with the current legal framework based on the now-defunct 1967 mining law.

Sugeng expects the amended Mining Law to be completed by August at the latest. Completing it before that month would ensure legal certainty for coal miner Arutmin Indonesia, a PKP2B-based company, whose contract is slated to expire in November. Arutmin is a subsidiary of the country’s largest coal miner by output, Bumi Resources Tbk.