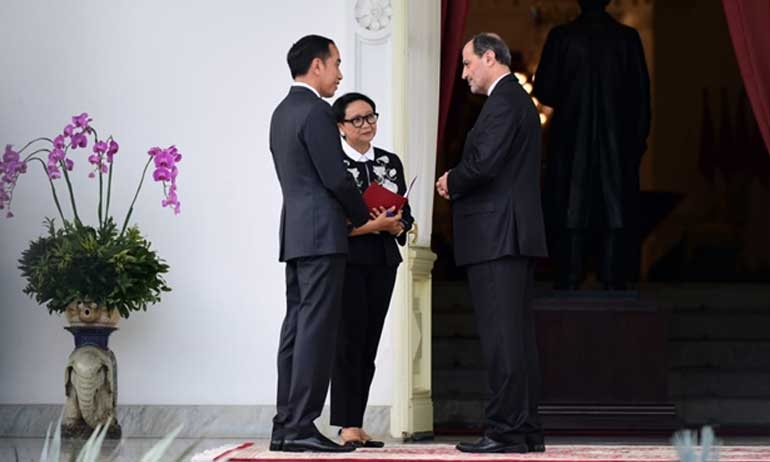 Jokowi invited each of them for talks on the palace veranda after the submission ceremony to discuss various bilateral issues, during which the ambassadors also congratulated Jokowi on his second-term inauguration following his successful reelection bid in April.
The talks, lasted around three to five minutes with each ambassador, mainly covering the topic of strengthening Indonesia’s economic ties with the respective countries, Foreign Minister Retno Marsudi said.

“From all the talks, there was convergence on economic cooperation, particularly with the African countries as the President emphasized Indonesia’s foreign policy priority in Africa,” Retno said after accompanying Jokowi in the meeting.
She also pointed to the existing economic cooperation between Indonesia and some of the countries, such as state-owned contractor Wijaya Karya’s renovation project of Niger’s presidential palace, as well as the recently signed joint development agreement between Jakarta and Vientiane for the construction of railways in Laos, among others.

With regard to EU envoy Piket, Retno said the President reiterated his concerns about the palm oil trade, while also emphasizing the need to continue the negotiation process for the Indonesia-EU Comprehensive Economic Partnership Agreement (I-EU CEPA).