Investors no longer need BKPM recommendation to get stay permits 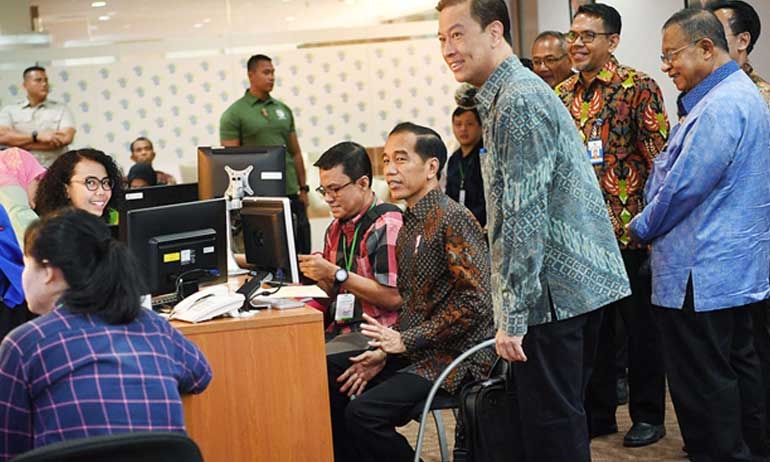 The Investment Coordinating Board (BKPM) and the Law and Human Rights Ministry’s Immigration Directorate General have integrated their respective Online Single Submission (OSS) system and Immigration Management and Information System (SIMKIM) to ease the procedures investors have to go through in obtaining temporary stay permits (Kitas).
With the integrated system, investors wanting to obtain stay permits no longer need to obtain recommendation letters from the BKPM because the immigration office can get the required data and documents from the OSS system.
“With the new integrated system, recommendation letters from the BKPM are no longer required,” said Husen Maulana, the BKPM’s deputy of investment services at a press conference at the BKPM headquarters on Monday.

Prior to the launch of the new system, investors had to visit the BKPM office directly and had to wait for five working days until their recommendation letters were issued. “The new system therefore makes redundant the offline process,” Husen said.
The integrated system is especially intended for investors who hold the position of director or commissioner of a company with a share ownership of more than Rp 1 billion and who are exempt from payments to the expertise and skill development fund (DPKK).
Shareholders who do not hold positions as directors or commissioners are also exempt from DPKK payments as long as their share ownership is worth more than Rp 1.12 billion.
The DPKK fund that must be paid is US$100 per month or $1,200 per year. With a recommendation letter from the BKPM, business operators can obtain stay permits and an exemption from DPKK payments.
"So the integration of the OSS and SIMKIM is specifically intended for investors who meet the criteria to meet the DPKK exemption. “For experts or ordinary foreign workers in Indonesia who want to apply for stay permits, they are still required to use the TKA Online and still have pay into the DPKK fund," Husen said.

BKPM head Thomas Lembong said in Jakarta on Monday that such system integration was important to provide efficiency. “The BKPM will continue to cooperate with other institutions to improve the quality of its services,” he said.
The OSS system, launched in 2018 by the Coordinating Economic Ministry, is a one-door online portal for business licensing to integrate the processing of business permits at the central government and regional administrations and to shorten the time for permit processing from a few months to a few days.
The Law and Human Rights Ministry’s immigration director general, Ronny F. Sompie, acknowledged that the new system could help the immigration office. “All the data and documents collected by the BKPM are already considered valid and the system there is automated so that the process [for visa issuance by the immigration office] is easier,” he said.

However, he acknowledged that the new system might experience flaws, particularly when the system was overloaded.
AmCham Indonesia’s managing director Lin Neumann said on Tuesday that permit issues for investors was not merely just about the application process.
"It goes deeper than just this [integration] process but many improvements have been made in the last few years," he said, adding that investors were in favor of any steps that made investing in Indonesia easier and smoother, such as eliminating paperwork.
"In the long run, we believe that the changes will help boost investment and make Indonesia a more welcoming place for the expertise needed by a modern and growing economy," he told The Jakarta Post.
The BKPM has recorded that between July and August, 4.7 percent or some 22,900 new investments registered through the OSS system came from foreign investors.