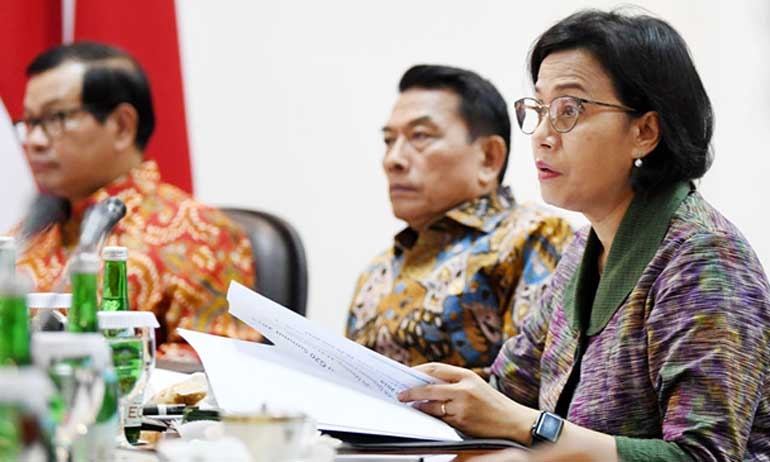 The government plans to gradually lower the corporate income tax in a bid to attract more investment and boost the country’s cooling economic growth.
Finance Minister Sri Mulyani Indrawati said the plan would be incorporated in a tax bill currently being discussed by the government before it was brought to the House of Representatives.

The bill, containing taxation provisions and facilities to strengthen the economy, would amend the current Income Tax (PPh) Law, Value Added Tax (PPN) Law and the General Taxation System (KUP) Law. It would complement other government policies aimed at removing barriers to investment and trade.
“As we have mentioned before, the current rate of 25 percent will be gradually trimmed to 20 percent,” she told the press after a Cabinet meeting at the Presidential Palace on Tuesday. “We will start lowering the tax in 2021.”

The former World Bank managing director conveyed that President Joko “Jokowi” Widodo and Vice President Jusuf Kalla had given directions to ensure the cut would not put pressure on the state budget and, on the other hand, was effective in stimulating the economy.
Indonesia’s economy grew only 5.05 percent in the second quarter, its slowest pace in the last two years, amid softening investment and falling exports.
The government is also mulling charging publicly listed companies a much lower income tax, Sri Mulyani said.

“The rate could be 17 percent, especially for companies that are new at the bourse so they can get a 3 percent lower rate for a period of five years,” she added.
Finance Ministry Taxation Director General Robert Pakpahan estimated there would be a Rp 87 trillion (US$6.11 billion) loss in state revenue if the corporate income tax was cut to 20 percent in 2021, when the new tax rate was expected to be enforced.
However, if the tax rate was cut to 22 percent in 2021 before being lowered again in 2023 to 20 percent, he expected the measure to only incur a Rp 52 trillion loss in taxation revenue during the two-year period.