Govt, House agree on economic assumptions with growth at 5.2-5.5 percent 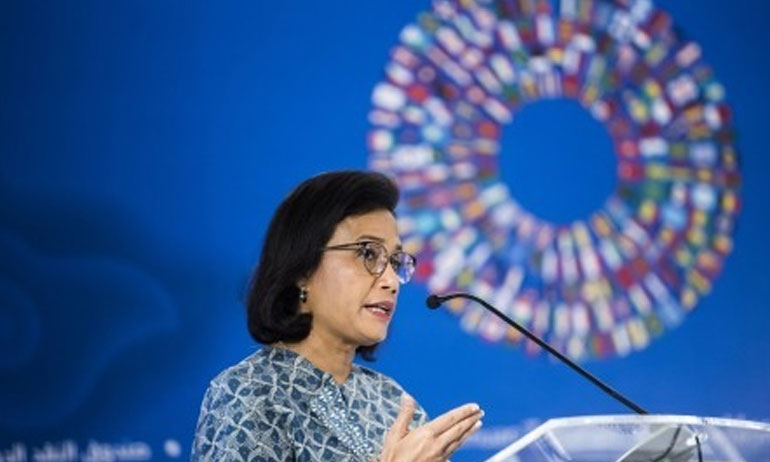 The House of Representatives and the government have agreed on a set of macroeconomic assumptions that will form the basis for the 2020 state budget. The agreement projects accelerating gross domestic product (GDP) growth.
“Economic growth was agreed at 5.2 to 5.5 percent,” said Golkar Pary lawmaker John Kenedy Aziz when reading out a report of a House working committee during a hearing with the government at the House of Representatives on Monday.
He said the growth assumption was realistic as it took into account various factors, including sources of global uncertainty like the trade war between China and the United States and policies to be introduced by the government.

Meanwhile, inflation was projected at 2 to 4 percent on the assumption that the government’s strategy to control inflation would work well, John said, adding that that strategy included keeping in check prices of staple foods, guaranteeing adequate supply and ensuring the smooth distribution of goods.
Meanwhile, the rupiah’s exchange value was projected at Rp 14,000 to Rp 14,500 per US dollar, taking into account the risk of the trade war continuing and impacting global trade and the world economy, John added.
Other agreed assumptions include three-month treasury bill (SPN) yields at 5-5.5 percent, the Indonesian Crude Price (ICP) benchmark at US$60-$70 per barrel as well as oil lifting of 695-840 thousand barrels of oil per day (bopd) and 1,191-1,300 thousand barrels of oil equivalent per day (boepd).
Finance Minister Sri Mulyani Indrawati Indrawati said the agreed assumptions would be the reference for the government to draft the financial notes of the 2020 state budget. (bbn)