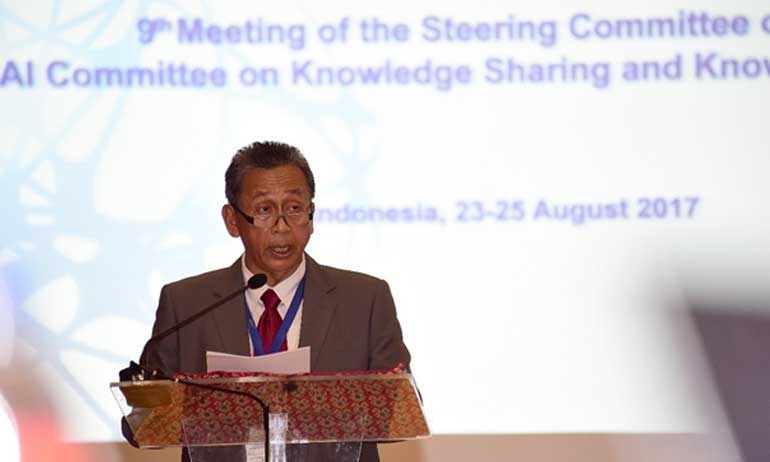 The Supreme Audit Agency (BPK) on Tuesday gave unqualified opinion (WTP) opinion, the best audit grade, for the 2018 central government financial report.
“The WTP grade shows that the government financial report for the implementation of the state budget in 2018 has fulfilled the governance accountancy standards,” said BPK chairman Moermahadi Soerja Djanegara when briefing the House of Representatives on the report during the House’s plenary meeting.
He said the WTP was based on the audit of 86 financial reports from ministries, government institutions and the state treasury. Of the 87 financial reports, 81 ministries/government institutions and the state treasury, 95 percent, got WTP opinions. This was better than the performance in 2017 when only 79 ministries/government institutions and the state treasury, 91 percent, received a WTP opinion.
Meanwhile, the BPK gave qualified opinion (WDP), the second-best audit grade, to four other financial reports and disclaimer on one financial report. Moermahadi said the five financial reports failed to get unqualified opinion because of various problems, including in cash, capital expenditure, good expenditure and stocks. But, in general, the reports had fulfilled the governance accounting standards. He said the BPK made a number of recommendations to the government and the House, but he did not elaborate on the recommendations. Moermahadi said the BPK had also conveyed the result of investigations into internal control systems within the government and their accordance with prevailing laws and regulations.