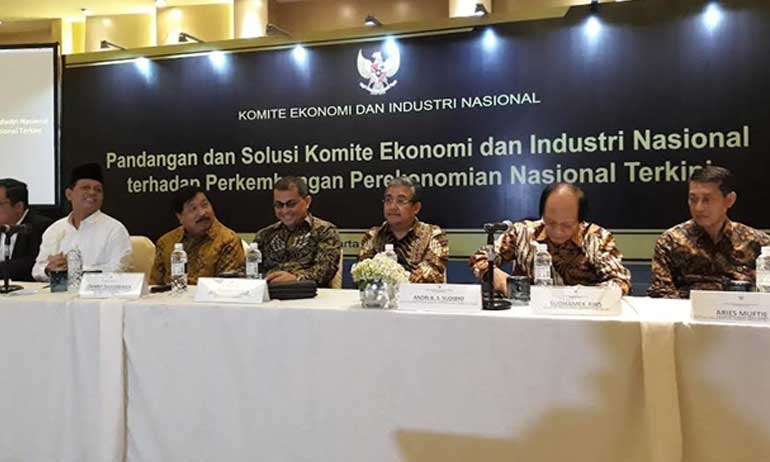 The National Industry and Economic Committee (KEIN) has made a new proposal to President Joko “Jokowi” Widodo to set up a new economic team in his next Cabinet to help the country reach a higher growth target in GDP. An assessment from the committee found that the government has failed to introduce a growth strategy in the last five years because the country's economy relies heavily on household spending and that the country could be trapped in perpetual 5 percent growth.
“Since 2001, growth in household spending has declined and always been lower than 6 percent,” said KEIN deputy chairman Arif Budimanta at a media gathering on Monday as quoted by kontan.co.id.
To achieve 7 percent GDP growth, the government has to change its strategy, including by focusing more on exports and investment, particularly in manufacturing, he said. The head of KEIN’s agriculture and forestry working group Benny Pasaribu said Indonesia could still boost exports and investments, particularly in “superior” sectors. “KEIN has studied four main sectors, namely agriculture, maritime economy, creative economy and tourism,” he added. Unfortunately, the economic team in Jokowi's Cabinet had not given adequate attention to the four sectors, Benny said, adding that the agriculture sector including forestry and fisheries contributed 12.81 percent to GDP in 2018, 13.51 percent in 2017 and 13.48 percent in 2016. KEIN chairman Soetrisno Bachir said the new strategy could only be implemented if Jokowi appointed a new economic team in his Cabinet. He said 5 percent GDP growth did not reflect the country’s potential.
“The President has to appoint ministers who can make a breakthrough. Honestly, the current economic team is just doing business as usual. There are no out-of-the-box moves,” he added.