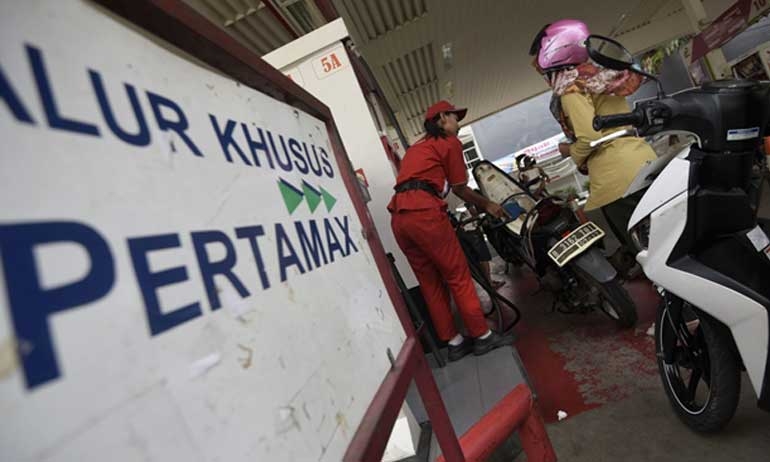 Energy and Mineral Resources Minister Ignasius Jonan said Tuesday he is considering subsidizing Pertamax gasoline to encourage people to use fuels with lower carbon emissions.
Pertamax, a type of gasoline produced by state-owned energy holding company Pertamina, has a research octane number of 92 and meets Euro IV standards for fuel.
“In the future, we need to consider a fuel subsidy for products that have a higher octane number or are more environmentally friendly,” he said, adding that the plan was likely to be proposed during deliberation of the 2020 state budget.
Currently, the government through Pertamina only subsidizes Premium-branded gasoline, which has a research octane number of 88, the lowest number on the market.
Jonan said the idea came from Gerindra Party lawmaker Kardaya Warnika, who said the effort to boost the consumption of green energy could work as long as prices were low.
“The people do not care whether they have to use Premium or Pertamax as long as the price is low. We subsidize Premium without considering its cost [on the environment]. It would be better if the price of Pertamax was cheaper than Premium,” Kardaya said.
Premium, which is currently sold for Rp 6,450 (46 US cents) per liter, had a market value of Rp 7,350 in 2017. Pertamax, meanwhile, is sold for Rp 9,850 per liter, making it 52.7 percent more expensive than Premium. (bbn)