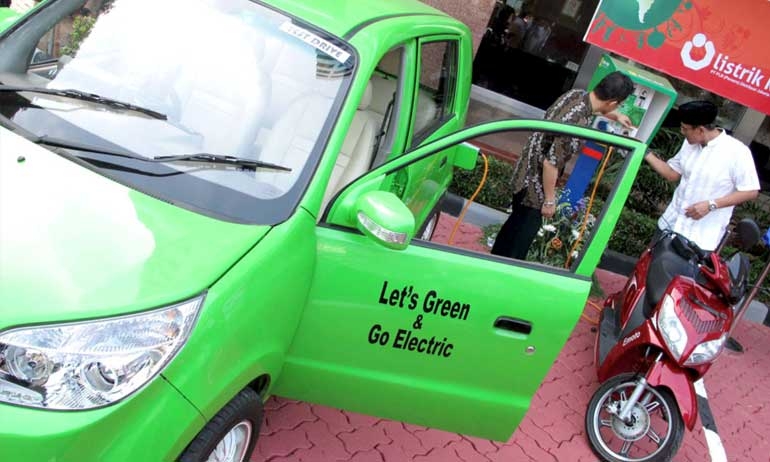 Rapid urbanization has led to traffic congestion and pollution, with the United Nation projecting that the number of the world’s population living in cities will increase by 55 percent today to 68 percent by 2050.

Against this backdrop, cities worldwide are eager to address urban challenges by adopting a smart city concept, which includes smart mobility and energy efficiency.

With the transportation sector contributing to about 30 percent of a city's emission, shifting from fossil fuel-driven to electric vehicles (EVs) was inevitable, according to Swedish-Swiss engineering giant ABB’s research team recently.

ABB’s research team manager for power and energy system, Marija Zima, said the future of urban mobility would be electrification, autonomous and share-ride.

People’s mindsets, however, were still the biggest barrier to EV adoption, she said during the 2nd International Federation of Automobile (FIA) Smart Cities Forums in Hong Kong.

Despite global EV sales creeping up by 64 percent, or nearly 2.1 million units last year, helped by surging sales in China that took half of the proportion, EV sales still contributed to only 2.2 percent of total car sales, according to Sweden-based consultant and data provider EV-volumes.com.

At the end of last year, the 5.4 million EVs on the road made up only 0.4 percent of global light vehicles.

"It [changing the mindset] is a natural process, but it would be easier if the infrastructure is there," Zima said.

She cited Estonia, which launched a network of quick-charging stations in 2013 -- more than 150 recharge points were installed at the time within a distance of at least 60 kilometers each -- to encourage the use of EVs.

Hong Kong, one of the world's most densely populated cities, aims to make its residents enjoy more environmentally friendly transportation modes and phase down coal-fired electricity generation from 47 percent in 2016 to 25 percent in 2020, as stated in the country's smart city blueprint released in 2017.

Hong Kong saw EVs grow from four units in 2009 to around 11,000 last year despite only making up 1.3 percent of the current number of cars in the city. The EVs are supported by 1,800 public charging lots spread across 1.100 square km of land.

Chung said changing the mindset within the government was a must to realize its smart city goals.

“Cost has always been the biggest consideration. But every decision is a breakthrough. Therefore, together, we need to change the mindset to make progress,” he added.

He emphasized that urban mobility should be "smart", which would result in a well-planned, convenient, efficient and safe trip for people and environment.

The smart ways in urban mobility include not only EV commercial operations – which are a long way off with the Presidential Regulation (Perpres) on EVs still in progress -- but more reliable real-time traffic information, adequate policies and continuous traffic enforcement.

Such an advancement would be achieved by integrated cooperation between the government, citizens and companies associated with transport systems and services, as well as shared and open use of infrastructure.

However, the acceleration of such smart mobility must come from strong leadership, Suhono said, citing the example of Surabaya in East Java, which saw the consistent implementation of smart city concepts under the leadership of Mayor Tri Rismaharini.

“It is not solely about technology, but more of impact, which is to increase people’s quality of life. Technology makes up only the third part. The remaining is process and stakeholder involvement,” Suhono said.