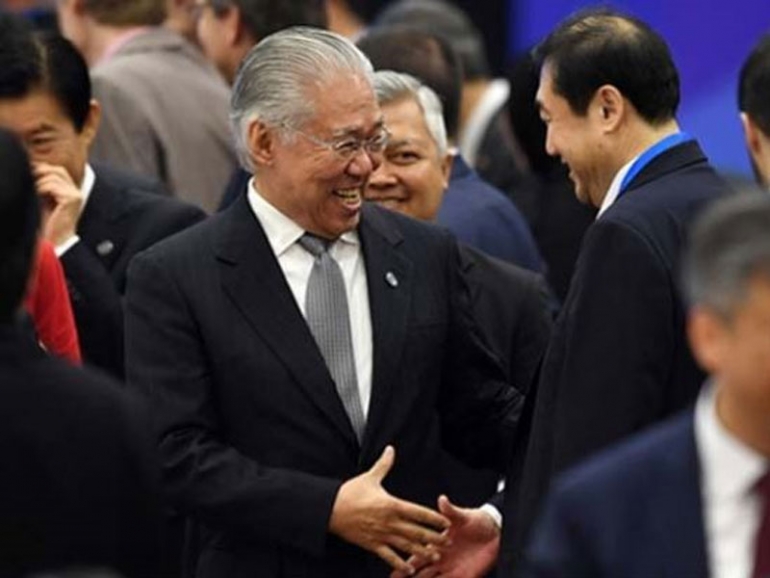 Indonesia has laid out new rules for commodities exporters to guarantee funding for shipments through Indonesian banks or branches of foreign banks in the country, the trade minister said on Tuesday, and part of a bid to prop up the ailing rupiah. The Indonesian currency <IDR=> has fallen about 9 percent versus the dollar this year, caught up in broader selling of emerging market assets.

The trade ministry said the new regulation requires exporters of some natural commodities to acquire letters of credit when making shipments issued either by Indonesian banks or onshore branches of foreign ones. Enggartiasto Lukita also told reporters that exporters of commodities such as palm oil and coal will be required to keep half of their proceeds onshore for a minimum of six months and convert them to rupiah.

The conversion requirement will be regulated in a separate rules by the Finance Ministry or by the central bank, Oke Nurwan, a director general at the Trade Ministry, said. However, the central bank said no such plans were in place. When asked about the move, Bank Indonesia Deputy Governor Mirza Adityaswara said there were currently no plans requiring exporters to keep earnings onshore and convert them to rupiah. The regulation on letters of credit will take effect 30 days after it was ratified on Sept. 7. It will provide for some exemptions for certain export contracts but exporters who fail to fulfil the requirement may lose their export permits, the Trade Ministry regulation said. Indonesia's central bank and government have taken or unveiled a series of moves to support the rupiah this year.

Since mid-May, Bank Indonesia has raised its benchmark interest rate by 125 basis points. President Joko Widodo has announced steps to cut imports, in a bid to contain the current account deficit.On Tuesday, the rupiah strengthened to 14,850 per dollar from 14,915 before the announcement of the regulation on letters of credit and foreign exchange conversions. Earlier on Tuesday, amid renewed pressure due to Sino-U.S. trade tension, the Indonesian currency hit 14,930 per dollar, near its weakest level since 1998.