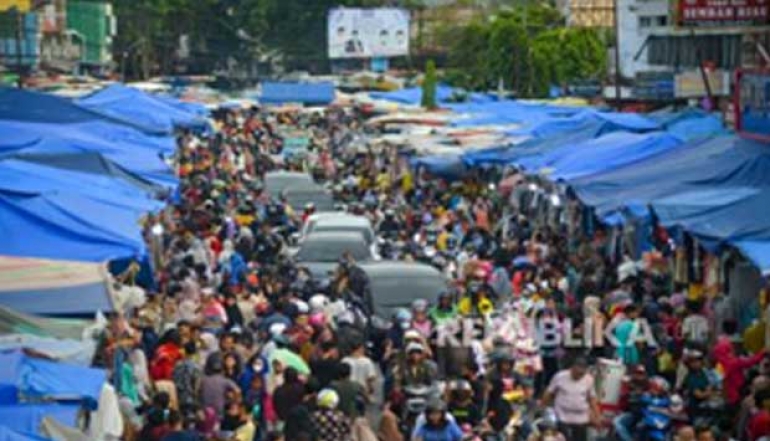 Deputy Minister of Trade (Wamendag) Jerry Sambuaga stated that people's trade contributed to national economic growth of 5.44% in the second quarter of 2022 as released by the Central Statistics Agency (BPS)." I have been around in the markets in different regions. Indeed, there is a steady post-pandemic economic resurgence. Public consumption is improving in line with the re-running of economic sectors, both formal and informal," said the Vice Minister of Trade in a statement in Jakarta, Tuesday (9/8/2022). According to him, people's trade is a real indicator of economic growth considering the large contribution of household consumption to the Indonesian economy. So, he continued, if the markets are busy consistently and continue to increase, it means that the economy is running well and people's purchasing power is maintained. He added that the Ministry of Trade (Kemendag) continues to try to maintain the availability of supplies for people's needs, especially basic and important materials (bapokting) to make them more affordable for the community." Especially staples, some have dropped in price again, such as cooking oil, onions and meat. The government through the Ministry of Trade and related ministries continues to strive to minimize the impacts of global conditions such as the war in Ukraine on increasing commodity prices in Indonesia," said the Vice Minister of Trade. In the foreign trade sector, Indonesia also continues to record a surplus that contributes positively to the national economy in general. Based on BPS data, Indonesia's surplus this year, as of June, has reached 24.8 billion dollars or higher than 2021 which reached USD 11.4 billion. The Ministry of Trade, according to the Vice Minister of Trade, will continue to maintain positive conditions in Indonesian trade, both domestic trade and trade between countries." All levels of the Ministry of Foreign Affairs are very optimistic that Indonesia's trade will continue to grow positively so that it can surpass before the pandemic," he said. This, he continued, in order to realize the spirit of Recovering Faster, Rising Stronger which was launched by President Joko Widodo as the theme for this year's Independence commemoration.