2014 Area Meeting of The Italian Chambers of Commerce 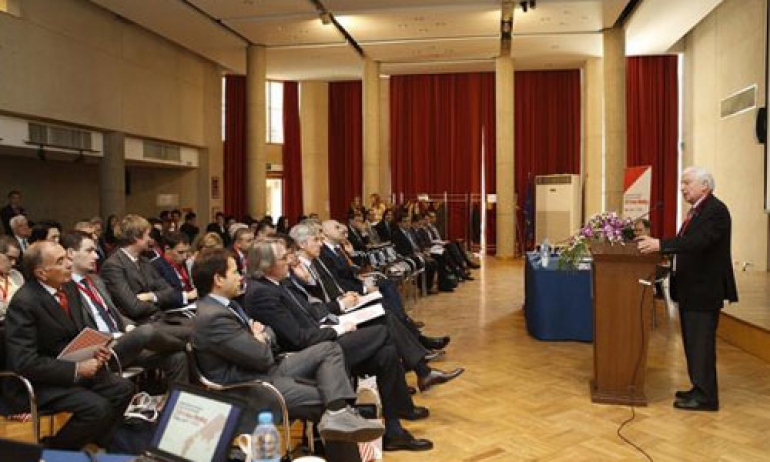 The event kicked off with the open seminar “More Italy in Asia: Italian Investments’ outlook for the 2014 and best practices amongst Chambers’ Members” and was followed by a two-day closed door working sessions amongst Italian Chambers’ representatives.

Attended by over 70 people, the seminar started with greetings by CICC Chairman, Franco Cutrupia, H.E. Ambassador of Italy, Alberto Bradanini, and Assocamerestero’s Chairman, Leonardo Simonelli Santi. A brief about China FDI’ situation and policy was provided by the Foreign Investments Department Promotion Office of the Ministry of Commerce of the P.R.C. and investment’s experiences of six CICC Members’ companies were shared with the public. Further details about the event can be read in : http://bit.ly/RcBU5f.

View the embedded image gallery online at:
http://ibai.or.id/events/past-events/item/282-2014-area-meeting-of-the-italian-chambers-of-commerce.html#sigFreeId2db75a0bc7
back to top
C/o Istituto Italiano di Cultura Jakarta.
Jl. HOS Cokroaminoto No. 117 Menteng Jakarta 10310 INDONESIA
| T: +6281 1979 4262 | This email address is being protected from spambots. You need JavaScript enabled to view it.